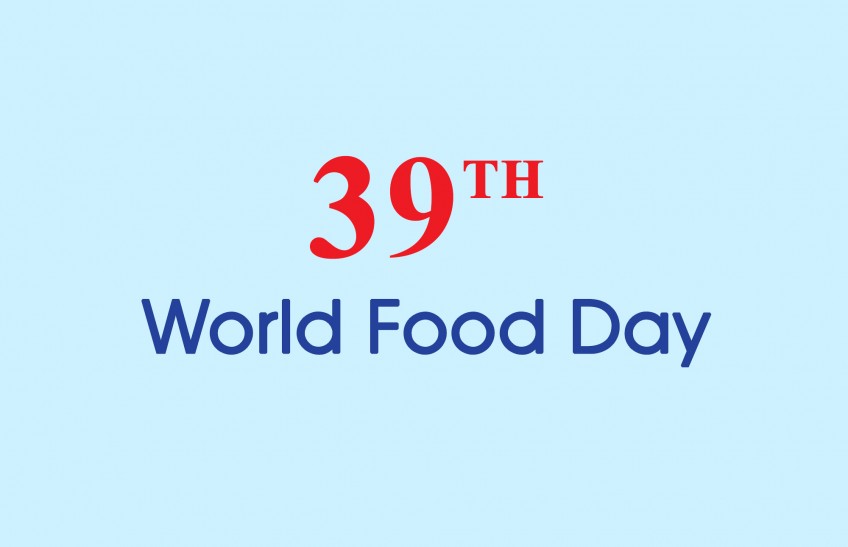 Striving towards a better tomorrow; a tomorrow where no one is famished, as World Food Day was observed around the world on October 16

The 39th World Food Day was observed across the country on October 16, Wednesday with various programmes planned around it. The slogan for this year was ‘Our initiatives for healthy diet-a hunger free world’. On this occasion, the World Food Day Committee under the Department of Agriculture launched various programmes in Kathmandu such as the morning procession that went through Hariharbhavan and Jawalakhel spreading awareness on the importance of this day.

The Minister for Agriculture and Livestock Development, Chakrapani Khanal also stressed the need for the country to focus on healthy farming and cultivation.  He said that, "Many problems regarding food security would be resolved when the country implements the integrated food security plan." Likewise, emphasizing the need for managing ways to store productions, State Minister Ram Kumari Chaudhary pointed out that consumption of domestic productions would help people to stay healthy. Referring to the country's vegetables being exported to Saudi Arabia, the Ministry's Secretary Yubak Dhoj GC said, "The country can produce and export to foreign countries when the government substantially provides irrigation facility, and manages loans for farmers." Director General of the Department Surya Prasad Poudel also added that food insecurity has increased in Nepal due to climate change.