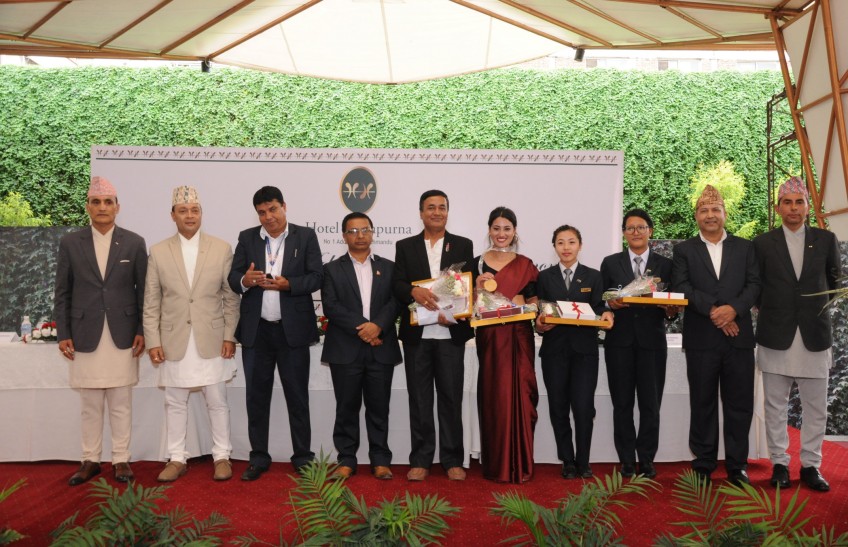 The Princess Jayanti Achievement Award is one of Hotel Annapurna’s most significant CSR activities. Inaugurated in 2002, its goal is to empower young women in the field of tourism and hospitality and encourage them to advance in their professions and make a mark in the industry. The Award is a tribute to the Late Princess Jayanti Shah, who devoted her life to public service, and has been established in memory of her.

The Award Ceremony is organised on August 4 every year.  Scholarships are awarded to the highest performing female student from each of the four batches pursuing their Bachelor of Hotel Management (BHM) degree at NATHM. This year the winners were Aarati Silwal, 4th year; Nisha Bhanjankar, 3rd year; Juna Lama, 2nd year; and Alina Bata Shrestha, 1st year. The fourth-year winner was presented with a gold medal, and the remaining each winner were presented with a silver coin. Additionally, all the winners were presented with a cash prize of Rs 40,000.