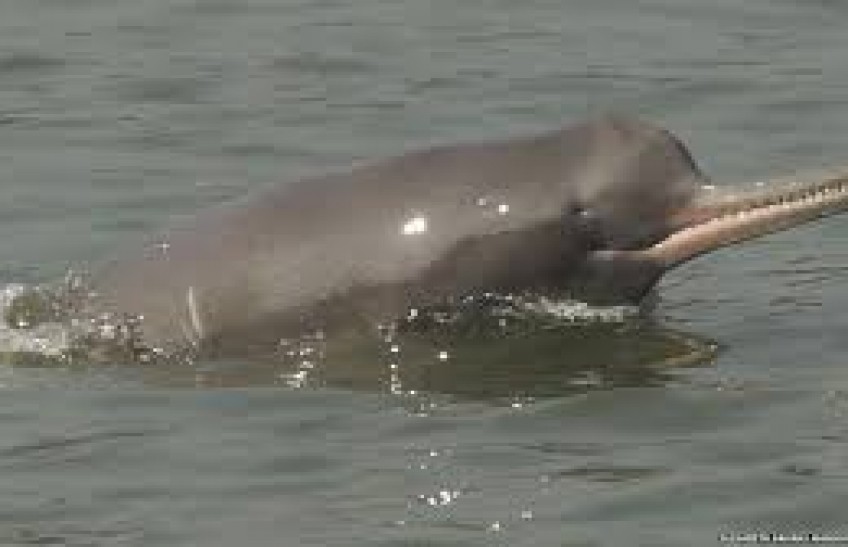 As the mating season of the endangered Gangetic River Dolphins has arrived, the mammals have started to migrate and enter the tributaries of Karnali and Ganga rivers to be safe from floodwaters. According to conservationists, the dolphins spend around three months foraging and breeding in these rivers.

According to other news websites Bhojraj Dhungana, a dolphin conservationist, was quoted to be saying, “Every year during monsoon, dolphins migrate to the tributaries of Mohana, Pathraiya and Kandra rivers from Karnali and Ganga rivers through Geruwa river and Chaugurdighat area. We can see pods of dolphins in the tributaries after water level rises in Karnali and Ganga rivers. Kandra, Kanda, Pathraiya and Mohana rivers are the best places for dolphin watching.”

Dolphins are found in these rivers until October as they can easily catch prey here, according to Dhungana. He said that after the water levels recede in the rivers, dolphins return to Karnali and Ganga rivers again.

Bijayaraj Shrestha, Secretary of the Dolphin Conservation Centre was quoted to be saying, “We have requested locals not to disturb the dolphins in their habitat and they have taken keen interest in dolphin conservation too.” People residing close to these rivers have suggested authorities to develop the area as a tourist destination to boost the local economy.

The conservationists are demanding authorities to generate funds to support dolphin conservation works. The locals have urged the government to upgrade the road stretch from Sunphanta to Dhungana Tol and plan other infrastructure development to draw tourists for dolphin watching.