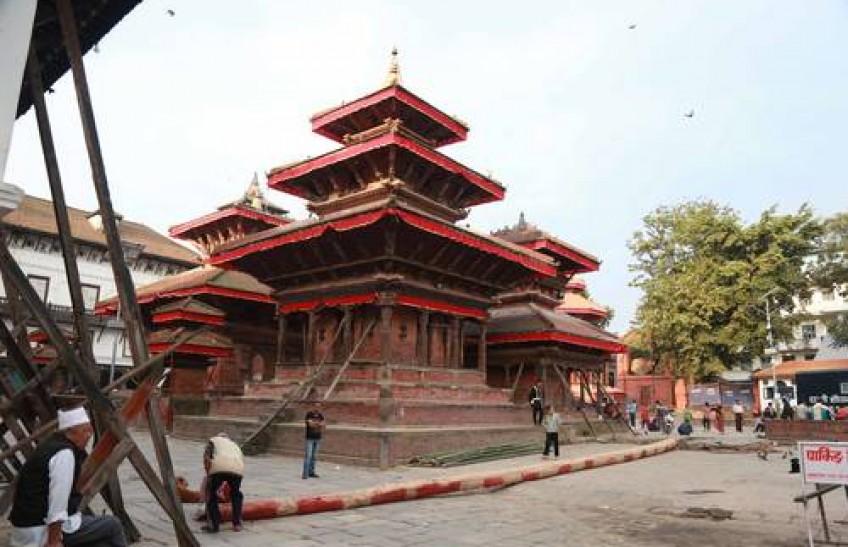 UNESCO announced its withdrawal from the restoration of Jagannath and Gopinath temples today on July 9. The restoration work of the Jagannath and Gopinath temple was underway through UNESCO, in close partnership with Nepal’s Department of Archaeology, ward officials, local communities and priests accompanied by funding from the Japanese Government and Nepal Investment Bank Limited. UNESCO has blamed locals for the withdrawal, claiming they made threats to the restoration workers on site as they were demanding that the temples should be restored through local funds alone and without international assistance. The UN agency claims the issue was settled in the presence of concerned government authorities, but locals did not obey the agreement.

All documentation for the restoration work has been handed over to the care of the Department of Archaeology for completion according to international standards required for World Heritage Sites. The retrofitting of these temples is of a complex technical nature, as only parts of the buildings are damaged. In the case of Gopinath temple, it will be necessary to support the entire structure during the repair of the ground floor walls.

Christian Manhart, UNESCO Representative to Nepal said, “UNESCO is saddened to withdraw from the restoration project of these two important temples within the Kathmandu Valley World Heritage Site. This was part of the wider programme for assisting the Nepal Government in carrying out the post-earthquake rehabilitation of its built heritage in accordance with international conservation standards.”

The World Heritage Committee also expressed concerns with the progress made in the rehabilitation of the Kathmandu Valley’s heritage. UNESCO reiterates its readiness to support the restoration and safeguarding of Nepal’s cultural heritage sites.