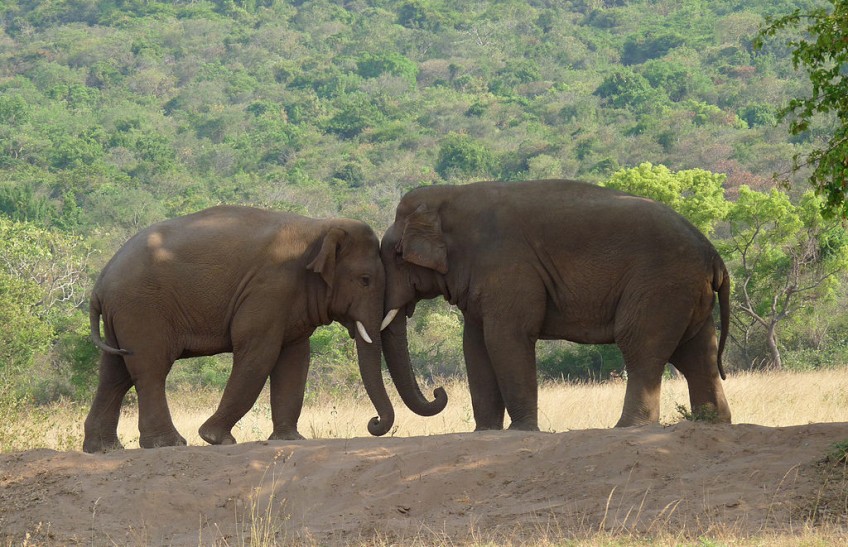 Annually during late summer, just as the monsoon is about to begin, a horde of about 60 elephants make their way from the jungles of the Parsa National Park to the forests of Sarlahi, passing through Rautahat, across the Tribhuvan Highway. This year, monsoon has already begun but the elephants haven’t moved.

According to other news websites, Ashok Ram, Information Officer at the Parsa National Park was quoted to be saying, “Normally, by mid-June, the elephants would’ve already left. It happens every year. But this year, out of 60 elephants in the park, around 40 have clustered around the Jamuniya river while the remaining 20 are not in sight.”

Ram and other park officials are worried. Elephants are among the most intelligent and sensitive animals, who follow established patterns of behaviour. The elephants from Parsa take the same route every year, said Ram.

According to other news websites Ram was quoted to be saying, “If the elephants do not use their usual route, it could significantly reduce their population and its effects will only be seen years down the line. This inability to migrate not only affects the flow of wildlife but also the exchange of genes.”

Every year, elephants from Parsa meet with elephants from Sunsari and Sindhuli. They then interbreed, which not only maintains elephant populations but also ensures that their gene pools stay diverse and healthy. The yearly migration even provides an opportunity for exhausted grazing spaces to regrow. But construction on the oil pipeline and the fast track road has disrupted their migration patterns, affecting not just the elephants but also bears and big cats, say park officials.

According to Amir Maharjan, Chief Conservation Officer at the Parsa National Park, there has never been an irregularity like this in the elephants’ movement in recent memory. He is quoted to be saying, “This is due to deforestation, construction, and also because of the delay in the monsoon. While this is unfortunate, we are committed to not let this happen again. We will be coordinating with local community forest groups along the route and restore the forest as soon as possible.”