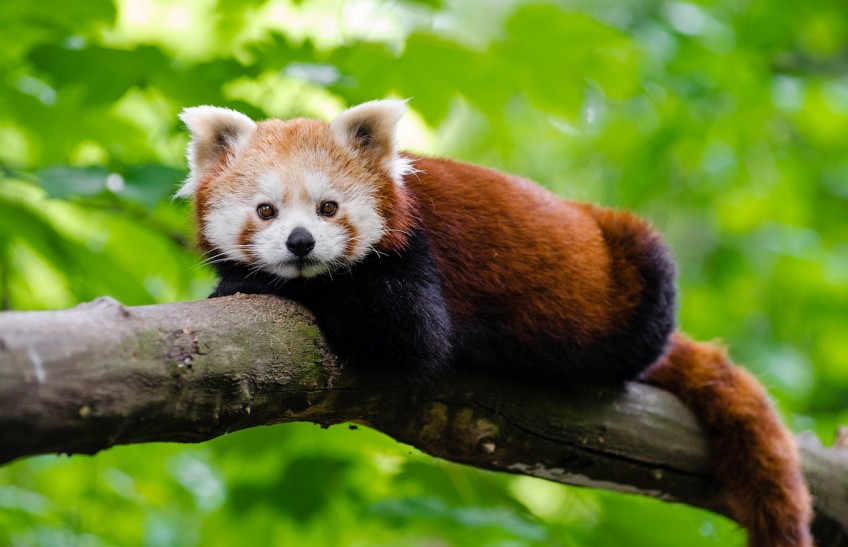 Recently five Red Pandas have been spotted at Polangpati area in Rasuwa by an anti-poaching patrol team from the Langtang National Park.

According to other news websites, Shiva Lal Gaire, the park’s Information Officer was quoted as saying, “It was the first ever sighting of these extremely rare creatures in multiple numbers within the same area.”

These sightings took place 20 days ago while the patrol team was scanning the Polangpati area. The five Red Pandas were spotted among foliage of trees, said Nakpu Dorje Tamang. He is part of the anti-poaching patrol outfit composed of the park officials and community members. According to other news websites he was quoted as saying, “The local community has been working closely with the park to conserve Red Pandas and to prevent poaching.”

According to the National Park Officials, Cholangpati, Gupche, Polangpati and Dhokachet Kharka in Gosainkunda Rural Municipality-5 are the main habitats of Red Pandas. The exact number of Red Pandas in the park is unknown. The park officials say it is difficult to conduct Red Panda census because these creatures are highly elusive and live in inaccessible areas.

Known as Habre in Nepali, Red Pandas live in temperate forests with an abundance of bamboo in Nepal, India, Bhutan, northern Myanmar and southwestern China. According to the World Wildlife Fund estimates, there are less than 10,000 Red Pandas left in the world. Red Pandas are also one of the animals in the IUCN Red List of Threatened Species.

The National Parks and Wildlife Conservation Act, 1973 has also categorised Red Panda as a protected species of Nepal. The law states that a person convicted of trading Red Panda and their parts can be tried with a jail term of one to 10 years and a fine up to Rs 500,000.