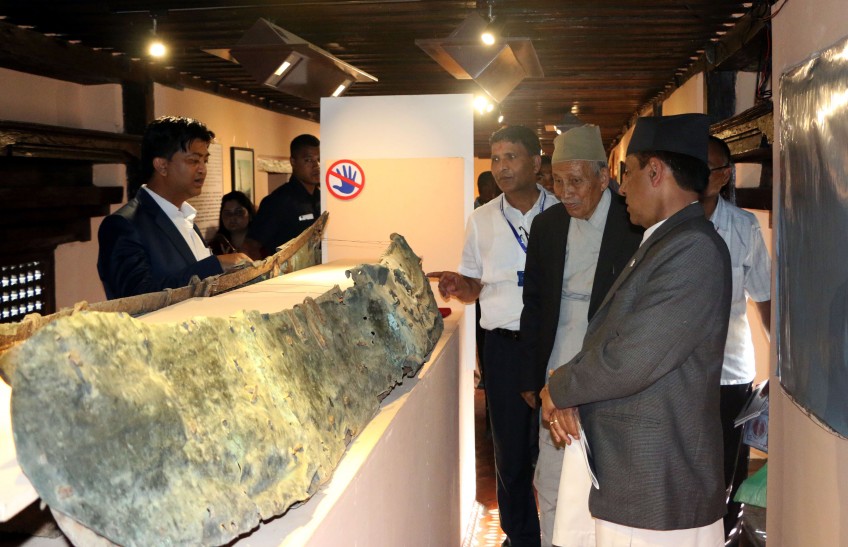 An exhibition displaying the information, materials used and the chariot itself of Rato Machhindranath has begun since June 23 at Patan Museum

Patan Museum has started its annual exhibition of Rato Machhindranath, 'God of Rain and Harvest' from June 23 which will run for another 40 days at Patan Museum. In order to attract domestic and international tourists in Patan Durbar Square, the museum is exhibiting the chariot which only recently made its way around the numerous alleys of Patan.

Executive Director of Patan Museum, Sandip Pokhrel informed that the museum has exhibited vibrant pictures of the jatra and the grand rath many times over the past few years and will continue to showcase other similar exhibitions in the near future. Pokhrel exclaimed that in comparison to the previous year, there has been a massive increase in the number of tourists visitors with 225,000 tourists already having visited the museum in the first quarter of this year.

The information about materials used while making the Machhindranath chariot like the foot of the wheel, the miniature model of the rath, the bronze Bhairav Mask, the postal stamps with the chariot are on display along with a record of the contribution made by the locals of Patan and Newari community for the exhibition.

Nepali writer and scholar, Satya Mohan Joshi attended the inauguration programme of the exhibition. He also supported the slogan 'The Museum is a cultural centre, which adds tradition to future’ and expressed his beliefs on attracting more tourists to Patan through this exhibition.