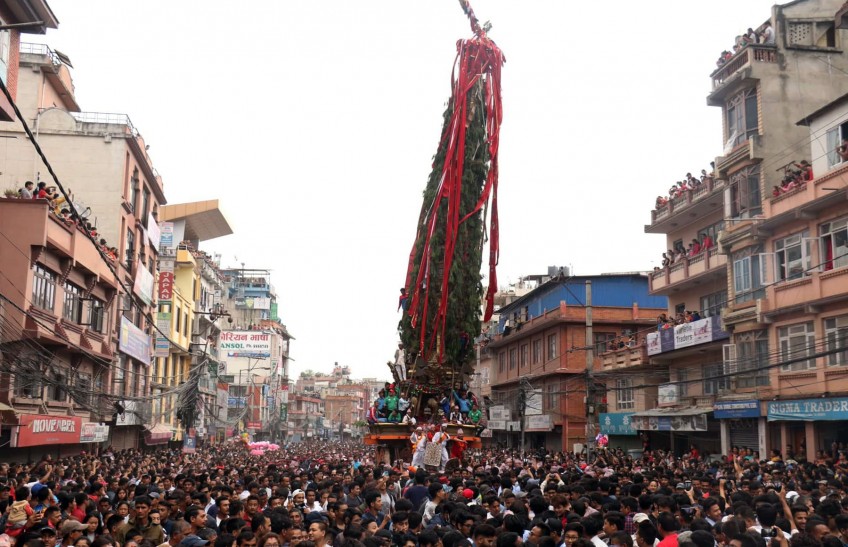 June 6, the chariot of Rato Machhindranath was pulled by devotees to Jawalakhel

Devotees have pulled the chariot of Rato Machhindranath, the God of rain and harvest to Jawalakhel in Lalitpur on Thursday, June 6 after towing it through Thahititol, Ititol, Manbhwan among other places.

People from seven places such as Kirtipur, Satungal, Macchegaun, Pulchowk, Balambu, Thankot and Panga pulled the chariot decked with the Dhupi’s leaves. According to Suryaman Dangol, a local at Patan, devotees from seven villages must come together to pull the chariot annually. Around 150-200 people pulled the chariot while 15-20 people played traditional musical instruments during the period.

The chariot reached Jawalakhel in the late afternoon at around 5, added Dangol. The tradition of pulling Rato Machindranath chariot dates back to the time of Malla dynasty. Four days from today, Bhote Jatra will be observed in the presence of the Head of the State.