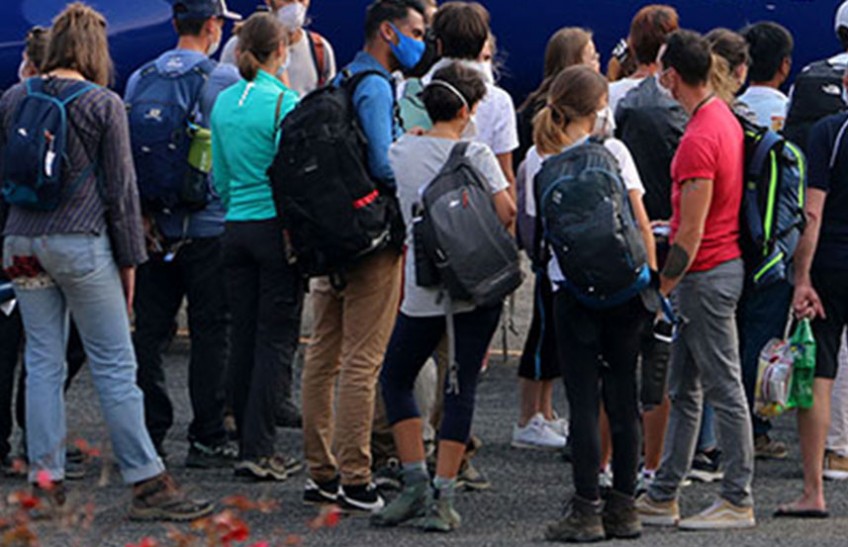 121 foreign tourists, who were stranded following the enforcement of the lockdown against coronavirus pandemic by the government, rescued and sent to Kathmandu

One hundred and twenty-one tourists from 21 various countries who were stranded in Mustang have been sent to Kathmandu while 68 more are awaiting their turn.

These visitors reached Mustang via the Annapurna Trekking Route and were stranded following the enforcement of the lockdown against coronavirus pandemic by the government.

The District Administration Office of Mustang said these foreign tourists were rescued and sent to Kathmandu over three days. They were sent to Kathmandu via Pokhara by bus, said Chief District Officer, Ved Prasad Aryal. These tourists were from America, France, Germany, Italy, Spain, Canada, Portugal, Great Britain, Ukraine, New Zealand, among other countries.

CDO Aryal added that the health of the remaining 68 foreign tourists has been examined and they have been accommodated at hotels in Mustang. "All roads leading to Mustang have been shut as a preventive measure against COVID-19. But these the tourists come here through the Thorang-La pass via Manang and were stuck after the enforcement of the shutdown. So, we rescued them and sent them to Kathmandu in coordination with the embassies of their concerned countries," he said. According to CDO Aryal, the remaining 68 foreign tourists would be kept in Mustang itself until further notice.