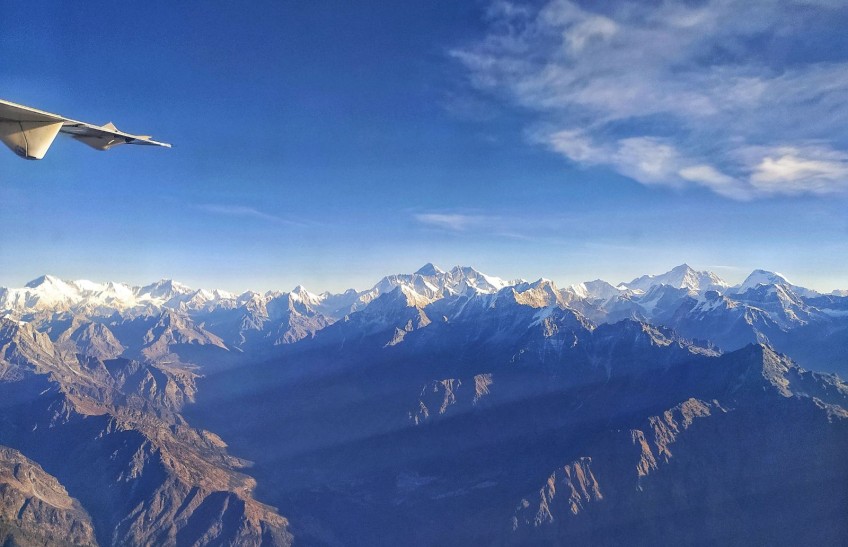 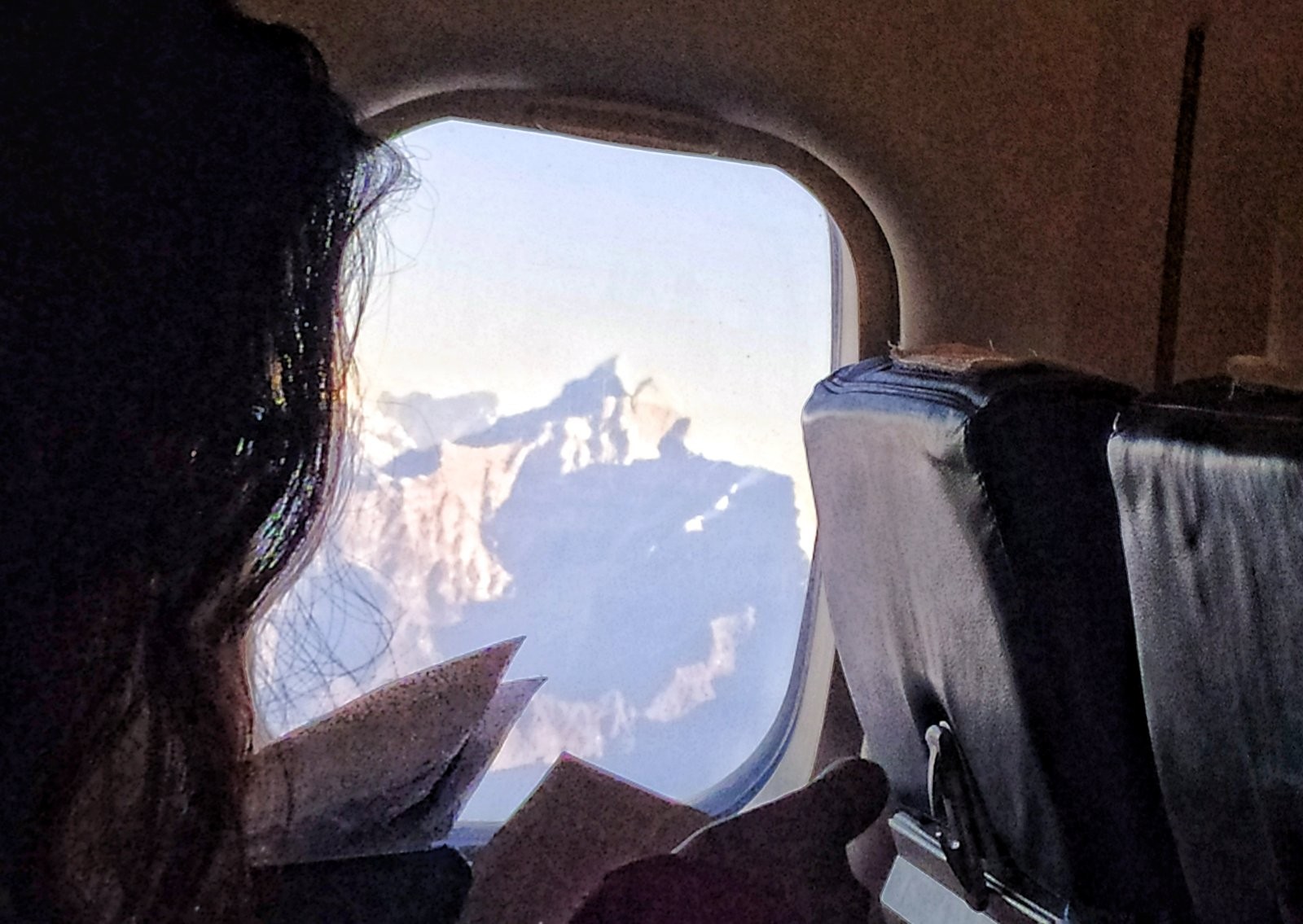 Leaving from Tribhuwan international airport at 7 am, the flight takes you to the expanse of the Himalayas and flies along with the Himalayan range for around 20 minutes or so. As it flies over the Himalayas, you can enjoy the stunning views of the Annapurna range, Kanchenjunga range, Mt. Lhotse, Mt. Manaslu, Mt. Gauri Shankar, and Mt. Everest as well from a distance.

You can see the faces of passengers gazing out of the windows, lost in their thoughts, who don’t wanna waste a single second while they capture the breathtaking scenes with their cameras. The mountains get bigger and bigger as you fly closer to them.

Here’s a list of the Himalayan peaks whose eye-catching sights can be witnessed during the flight. 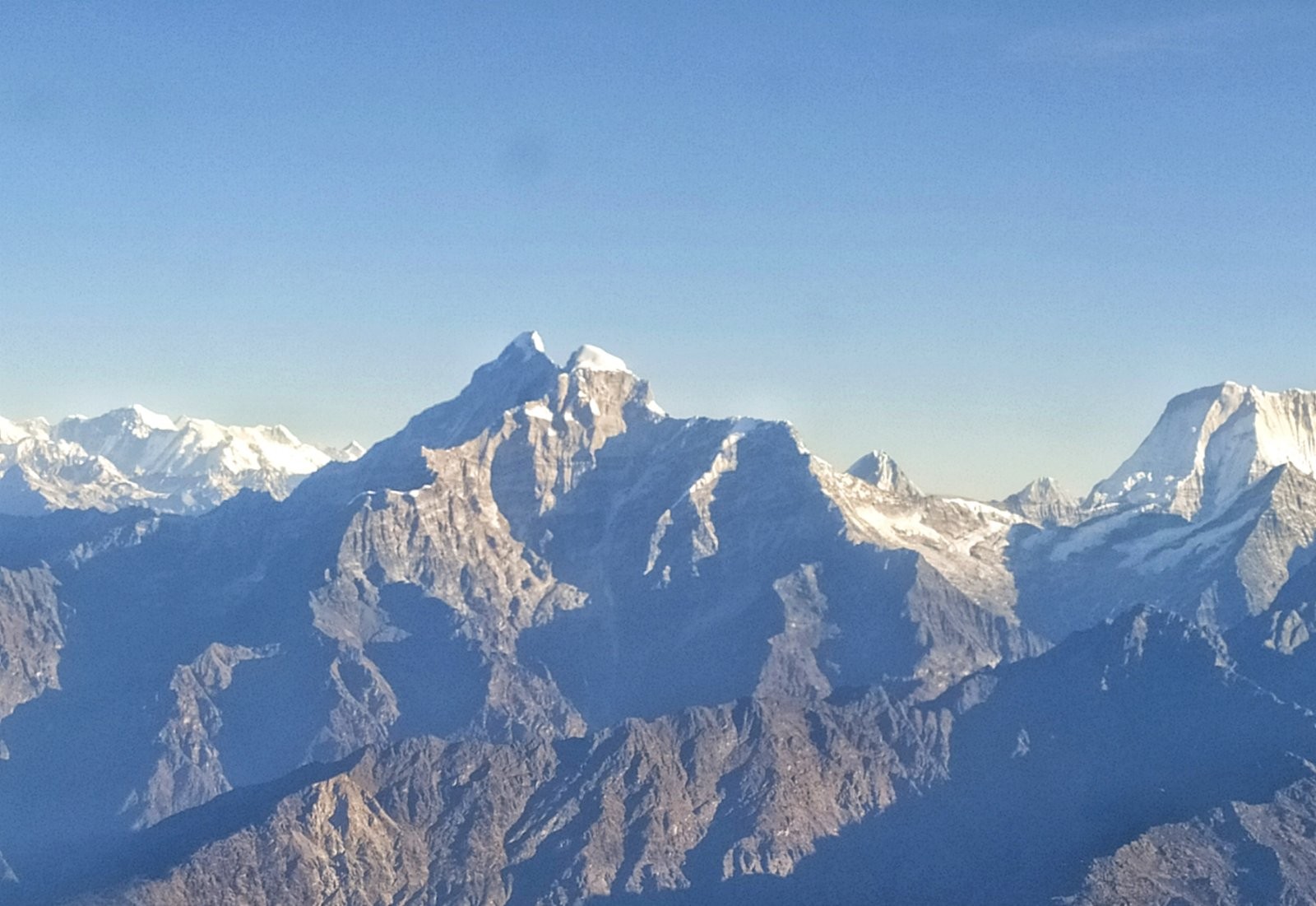 If the weather is in your favor, you can enjoy the very clear delightful view of Mt Gauri Shankar. With a height of 7,134m it is the second highest peak of the Rolwaling Himal behind Melungtse(7181m). The name of the peak comes from Hindu goddess Gauri, a manifestation of Durga, and her consort Shankar. The Gauri Shankar is famous for trekking as well as it has comparatively fewer tourists, unique Himalayan culture, and dramatic mountain views.

Mt Kanchenjunga with a height of 8,586m is the third highest mountain in the world. From the window seat of Yeti airlines, you can enjoy the remarkable view of the Kanchenjunga Range, it has a profusion of high summits out of which, three are above 8,000 and meters and eleven above 7,000 meters.  The only access to the Kanchenjunga conservation area is a road link to Basantapur and a direct air link to the town of Taplejung Bazar. 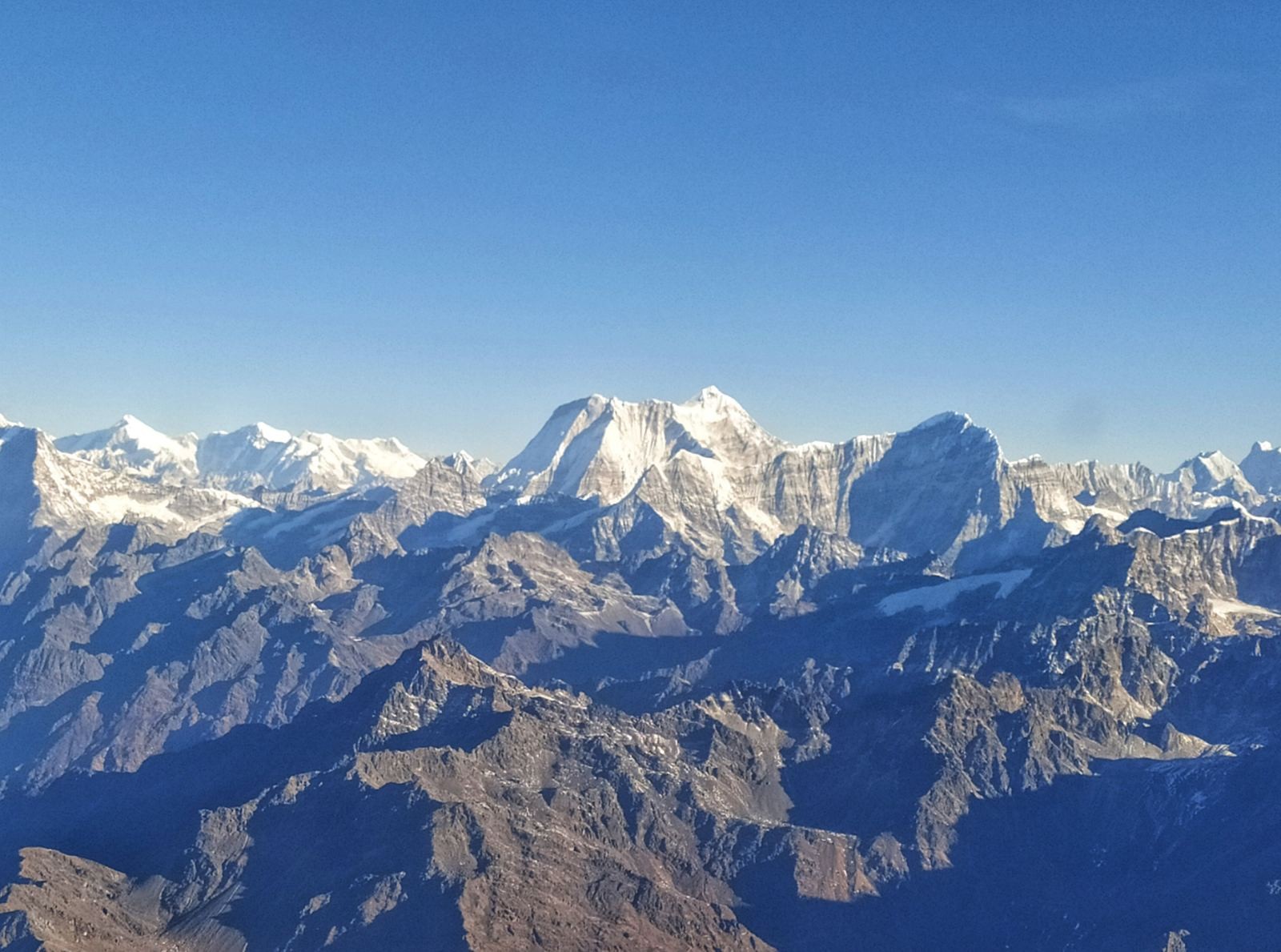 As the mountain is popular for its M-shaped structure, it can be easily recognized from the flight. Lying just behind the Gauri Shankar Himal. Mt Manaslu is the eighth highest mountain in the world with a height of 8,163m above sea level. The name Malasu means a mountain of the spirit. It is derived from the Sanskrit word ‘Manasa’ meaning intellect or the soul. It is said that, just as the British mountaineers and tourists recognize Everest as their mountain, Manaslu has always been a Japanese mountain. 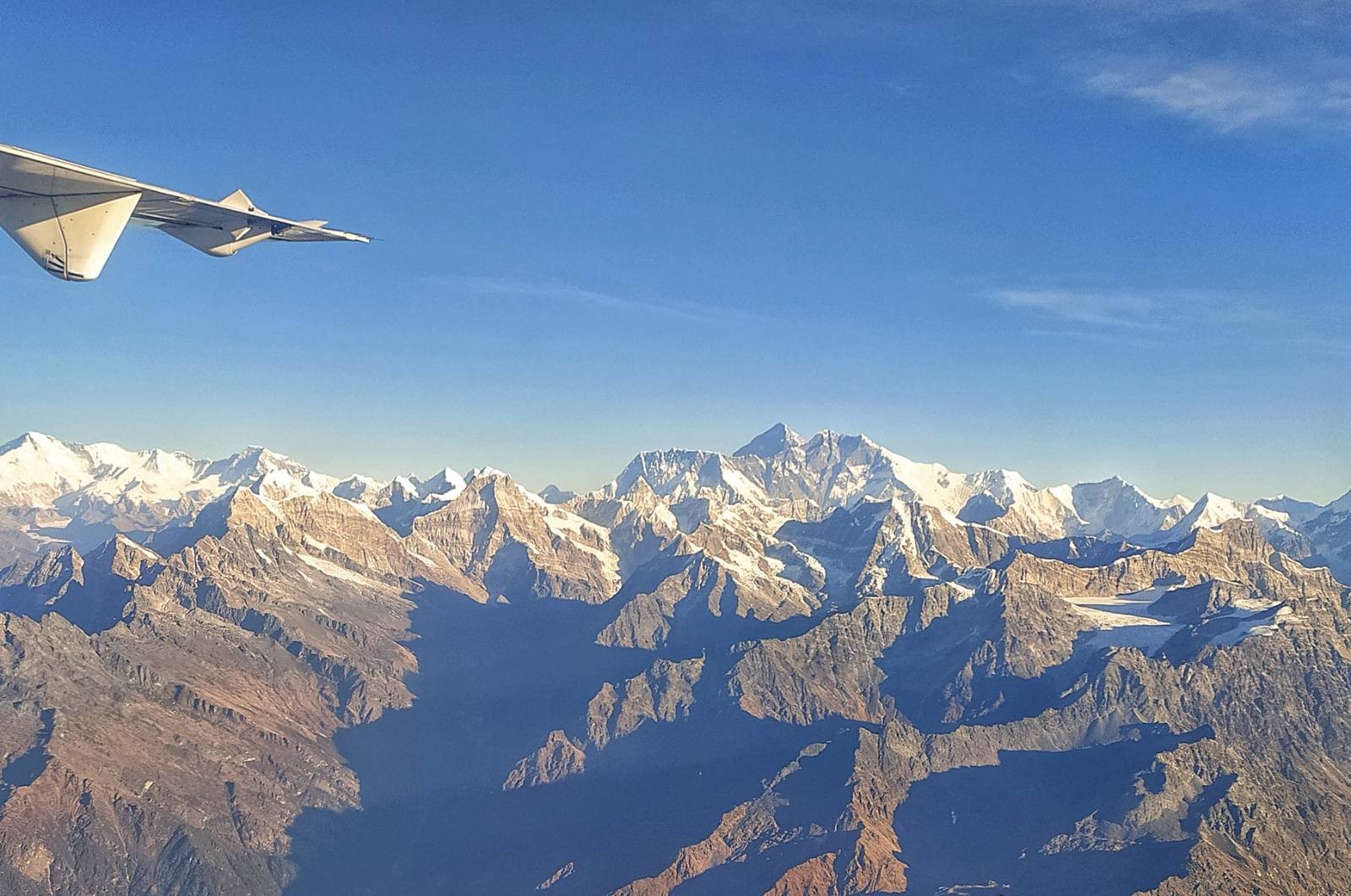 Mt Everest, also known as Mt Sagarmatha is the world’s highest mountain peak with a height of 8,848.89 meters according to the most recently established studies by Nepalese and Chinese authorities. As from the flight, you will be able to see it from a distance, but closer enough to be recognized by its pyramid shape.

Ganesh Himal, named after the legendary elephant-headed Hindu god Ganesh is a range of peaks, (Ganesh I, Ganesh II, Ganesh III, Ganesh IV). From the flight, it stands out like crystals forming a ‘Great Himalayan Chain’ in the skyline.

Witnessing all of such great Himalayan peaks and mountain ranges within less than an hour in an ariel view is undoubtedly an overwhelming lifetime experience.

At a very reasonable price, a flight takes you deep into the Himalayas, flying over valleys, close to the rocks, where you can see the stunning beauty of nature, raw undiluted and truly majestic. There are no words to describe the feeling while you’re flying over the Himalayas, you’re left in the sheer magnitude of the mountain chain and it’s incredible beauty. In the early hours of the morning when the skies are clear and the mountains are visible with all their glory, you get to see a mesmerizing view of the Giant Himalayan Peaks.